I was earlier this year, very privileged to enjoy a two week collaborative artist residency with Teatime and Tide a local film production company, at Hut 136, a lovely Beach Hut on the West Bay of Herne Bay, a free resource available for all creatives, run by People United.

And so it was that we turned up at the Beach Hut on a sunny January morning to set up for our two week residency, we had already decided in advance that we wanted to convert the Beach Hut into a Camera Obscura for the duration, but that we would also be doing some pinhole photography, so at some point would also use it as a temporary darkroom to develop our images.
The Camera Obscura experiments were really interesting, essentially a giant 'pinhole' camera, we had to find a way to black out the hut and then make a 'pinhole', (aperture), which we then had to get the right size to get the best, clearest image and even in this technological era we live in, when you can get an image at the touch of a button, the first time an upside down, back to front image appeared in the darkness of the hut it was incredibly exciting!
On a personal level I enjoyed the solitude the Beach Hut offered, being able to arrive early in the morning, with warm buttered toast wrapped in foil and a flask of tea or coffee to observe and record the dawn, the comings and goings of sea vessels, the changing moods of the Old Pier Head, The Grand Old Lady as renamed her, but my personal highlight has to be witnessing the Blue/Wolf Moon Rise of 31st January.

The full blog and resulting film of the two week residency, excellently filmed and edited by Nicholas Godsell of Teatime and Tide can be found here. 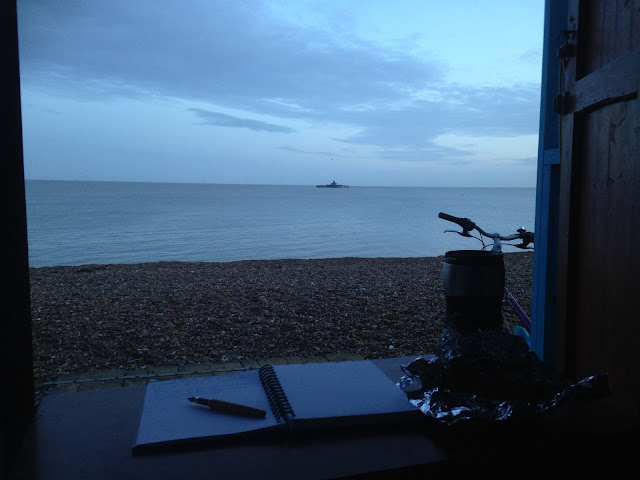 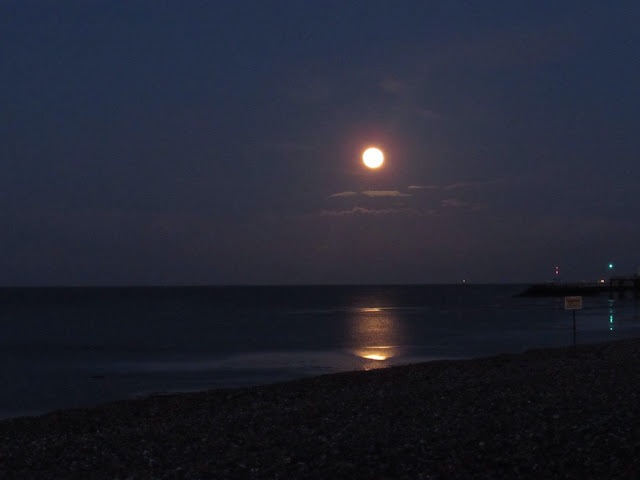 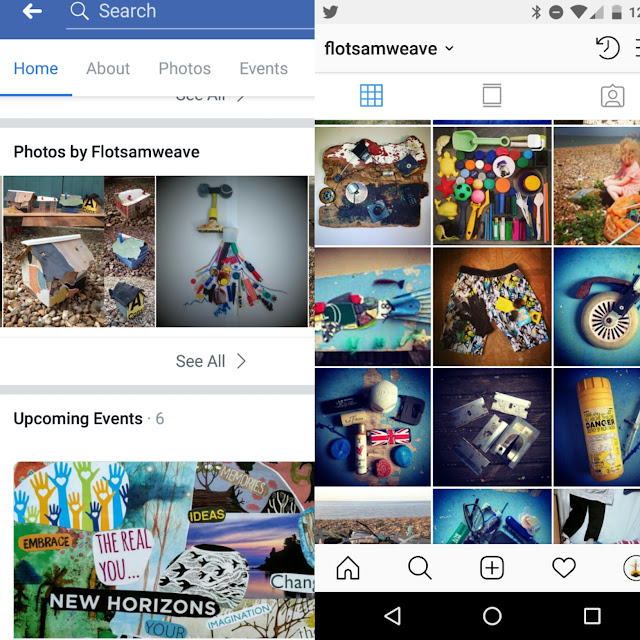